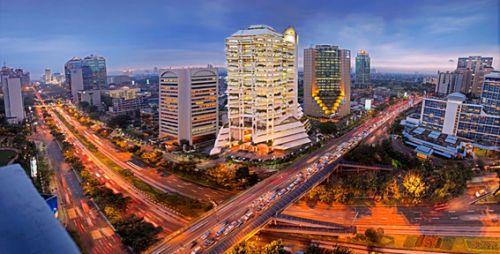 JAKARTA – (ACN Newswire) – Property developer PT Intiland Development Tbk (Intiland; DILD) reported a 16 percent increase in revenue to Rp2.6 trillion in 2018 from Rp2.2 trillion in 2017. The revenue performance was achieved amid an unfavourable property market in 2018.

Intiland’s Director of Capital and Investment Management, Archied Noto Pradono explained that the increase in revenue in 2018 was mainly contributed by an increase in development income from the mixed-use and high-rise, landed residential, and industrial estate segments. In addition, the Company has also successfully increased its recurring income.

“The increase in revenue was mainly due to recognition of sales from projects nearing completion. Although the property market in 2018 remained generally flat, we have successfully increased our sales in several projects,” added Archied.

According to the Company’s financial statement, development income contributed Rp2 trillion or 76.6 percent to overall revenue. Recurring income, on the other hand, contributed Rp596.4 billion or 23.4 percent of total revenue.

Looking at segment breakdown, revenue from the mixed-use and high-rise development grew 16.5 percent year-on-year and contributed Rp819.5 billion or 32.1 percent to total revenue. The increase was mainly due to significant recognition from sale of projects nearing completion, such as the 1Park Avenue, Regatta, Praxis, Graha Golf, The Rosebay, and Spazio Tower.

The landed residential segment was the next largest contributor with Rp629.6 billion or 24.7 percent to total revenue. Compared with Rp420 billion recorded in the previous year, revenue from this segment surged by 50 percent.

“The increase was mainly from the recognition of revenue recognition of units that have been sold and handed over to customers in the Graha Natura, Serenia Hills, Magnolia Residence, Talaga Bestari, Graha Famili, and Griya Semanan,” said Archied.

The industrial estate development segment contributed Rp507 billion or 19.9 percent to total revenue from land sales at the Ngoro Industrial Park in Mojokerto.

In 2018, the Company’s operating profit was Rp326.8 billion and its net profit was Rp203 billion. The figures were down by 5.2 and 31.6 percent, respectively. The decline was mainly due to a decrease in gross profit margin and increase in interest expense.

The Company is in the view that the property market sentiments this year will remain relatively unchanged as customers are likely to continue to adopt a wait-and-see attitude and refrain from investments and buying property, which may weaken the market.

“We are maintaining conservative measures and strategies for this year while keeping track of every opportunity to improve our business performance. While there are plans to develop new projects, we have to consider the market’s appetite and direction,” Archied said further. The Company hopes that the property market will gradually recover in the second half of this year.

The Company adopts conservative and prudent strategies with focus on improving sales of its inventory and continue development of projects currently underway.

Intiland is a leading property developer in Indonesia with more than 40 years of experience. Listed on the Indonesia Stock Exchange since 1991, Intiland has been known as an innovator and trendsetter in the Indonesian property industry. Within a few years, Intiland has developed buildings that quickly became national landmarks: the Paul Rudolph-designed Intiland Towers in Jakarta and Surabaya, and The Regatta, a luxury beachfront development in Pluit, North Jakarta designed by Tom Wright (designer of Burj Al Arab). Graha Family, a main residential development in Surabaya, has become one of the most prestigious residential areas. Intiland currently has a diverse portfolio of property products, including residential areas, office buildings, apartments, building management, industrial areas, and management of sports and golf facilities. In addition to successfully building a number of prestigious projects, Intiland is also proactive in industrial development and social commitment efforts. The Company is one of the corporate founders of the Green Building Council Indonesia, an exclusive member of Indonesia Health Fund, and member of the Jakarta Old Town Revitalization Corporation. The Company is also responsible for Intiland Teduh, a program to help people with low-income to own decent homes. Intiland has become a leading lifestyle property developer.