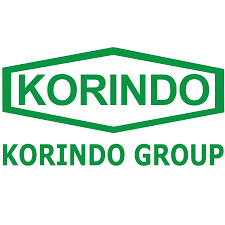 Mighty Earth, a US NGO, filed a complaint to FSC that the Korindo Group should be dissociated from FSC.

On November 1, 2017, FSC initiated an investigation on alleged violations of the Policy for the Association of Organizations with FSC.

On July 15, 2019, the FSC Board of Directors announced that the Korindo Group is not to be dissociated from FSC, and is to remain associated with FSC.

FSC investigated all of ME claims, rejected its key allegations as unfounded, including the one that Korindo used fires. FSC’s investigation concluded that Korindo did not set fires, and that Korindo was not involved in illegal activities by use of fire. This was the FSC conclusion that was released to the public on July 23, 2019.

Mighty Earth has been spinning the FSC decision by avoiding the facts, and distorting the cause and outcome of the investigation itself for those who are not familiar with the FSC mechanism and process.

Korindo social programmes include having built, managing and funding a state of the art full-service hospital (voted as the Best Primary Clinical Hospital in Papua and West Papua by the Indonesian National Health Insurance), 19 medical clinics, 28 schools along with school buses and some 200 teachers, 66 mosques/churches, providing infrastructure of free power supply and several hundred kilometers of roads, vocational training of chicken and vegetable farming, and has begun, inter alia, introducing clean cookstoves and compost toilets.

Korindo will not let allegations, which already have been fully investigated and rejected, and harm Korindo and some 100,000 Indonesians who work with Korindo, be repeated.