Home World Business Dewpoint Therapeutics Teams Up with Merck to Evaluate Novel Approach for the... 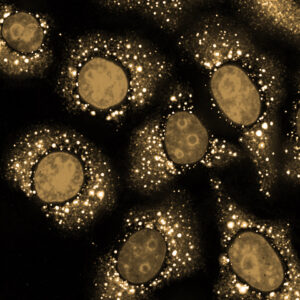 Dewpoint Therapeutics, the biomolecular condensates company, announced today that it has forged an exclusive collaboration agreement with Merck (NYSE:MRK), known as MSD outside the United States and Canada, to apply Dewpoint’s proprietary platform for condensate-based drug discovery to the development of a novel mechanism for the treatment of HIV.

Biomolecular condensates are droplet-like structures that form dynamically within cells when diverse “communities” of proteins, RNAs, and other biomolecules come together through a process called phase separation.

Though condensates have been visible through the microscope for more than a century, new research has only recently revealed them to be key players in a wide range of normal biological functions and disease processes, including viral infection.

While drug discovery has traditionally treated the cell’s molecular activity largely as a black box, or focused on individual molecular targets, Dewpoint’s high-throughput condensate platform provides the ability to see and understand the complex interactions of biomolecular communities—and to find drugs that intervene in entirely new ways.

By targeting both individual molecules and interacting groups of molecules within condensate communities, Dewpoint aims to create new treatments for diseases that were previously untreatable or incurable.

Such is the case with HIV. “Dewpoint and Merck will leverage Dewpoint’s expertise in condensates to develop an HIV drug candidate with a unique mechanism that may provide the potential to cure rather than suppress the infection,” said Ann Kwong, Dewpoint Executive Vice President, R&D.

“For me, it’s really exciting and inspiring to be partnering with Merck, a leader in the HIV treatment field,” said Kwong. “I’m thrilled that we have the chance to work together to try to develop the first HIV curative treatment.”

Under the terms of the agreement, Dewpoint will receive up to $305 million in upfront and milestone payments, as well as royalties on sales of any approved product resulting from the collaboration. – BusinessNewsAsia.com