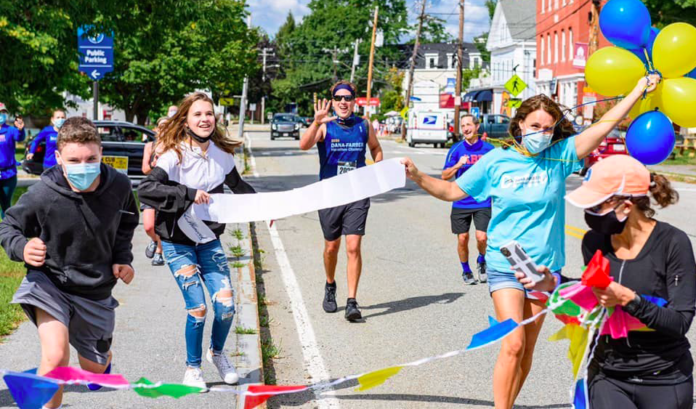 The Boston Athletic Association (B.A.A.) has announced that $32.1 million was raised for 242 non-profit organizations surrounding the 2020 Boston Marathon and Boston Marathon Virtual Experience.

With this year’s funds raised, the B.A.A. Official Charity Program and John Hancock’s Non-Profit Program have combined to surpass the $400 million milestone raised since the charity program’s inception at the 1989 Boston Marathon.

Total funds raised include donations raised through the B.A.A.’s Official Charity Program, the John Hancock Non-Profit Program, and from other qualified and invitational runners.

“In a year when runners and supporters have faced countless challenges, all have remained determined to finish strong and make a difference within the community,” said B.A.A. CEO Tom Grilk. “We are immensely proud of each and every participant whose fundraising contributions will serve a meaningful purpose supporting 242 non-profit and charity organizations. To achieve the $400 million milestone in total funds raised adds even more meaning to this year’s event, where Boston Marathoners brought the spirit of Boston to the world.”

“The Boston Marathon is a tradition in this city; it is the oldest, the toughest and the most iconic. We’re proud to be part of the race’s history and community impact as part of our 35-year partnership,” said Marianne Harrison, President and CEO of John Hancock. “Although this year’s race was different, runners came together to cross their own finish lines and collectively lift up each other and the non-profits they represent. The $400 million milestone is an example of what’s possible when we come together to foster healthier, more equitable communities, and we thank everyone who made this milestone a reality.”

Every year, the B.A.A. provides each non-profit associated with the Official Charity Program and John Hancock’s Non-Profit Program with invitational entries into the Boston Marathon. Each non-profit organization directly manages its own application process, athlete selection, and fundraising minimums, deadlines, and requirements.

The 124th Boston Marathon Virtual Experience featured more than 16,000 finishers from 83 countries and all 50 states. Participants had ten days to cover 26.2-miles in one continuous run within their neighborhood to earn their B.A.A. unicorn medal and be recognized as a Boston Marathon finisher. The 2020 Boston Marathon, originally scheduled for April 20 and postponed to September 14, was ultimately cancelled in May due to the coronavirus pandemic. – BusinessNewsAsia.com