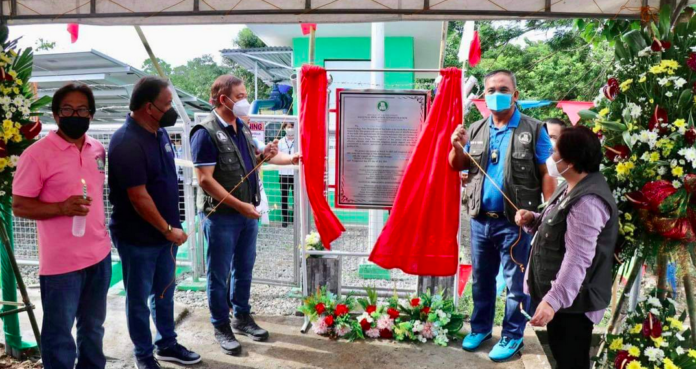 The event involved the unveiling of the building marker, ribbon cutting, ceremonial blessing of the solar powered pumps, ceremonial test run of the pumps, and a program wherein NIA Administrator Visaya was the Guest of Honor and Speaker. Following immediately the program was a media briefing and awarding of plaque of appreciation by the Contractor Equator Energy Corporation by Col. Bernardo F. Fabula.