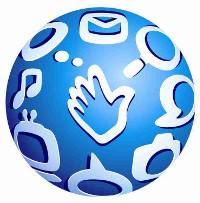 Globe Telecom invested a record level of capital expenditure of ₱43.3 billion in the first half of 2021 to improve its network infrastructure and internet connectivity, beating last year’s spending by 107%.

This capex investment represents 57% of gross service revenues and 116% of EBITDA. Majority or about 88% of the capex spending went to data network builds to address and elevate customer experience in this challenging time.

Globe’s aggressive network expansion and network modernization from 3G to 4G LTE/5G as well as fiber technology available to more customers nationwide, is part of its strategy to make high-speed connectivity accessible for all and usher the Philippines closer to being a digital nation.

Globe is fully committed to support 10 of the United Nations Sustainable Development Goals, such as UNSDG No. 9 on building resilient infrastructure, promoting sustainable industrialization and fostering innovation.

As of the first half of the year, Globe made significant strides in its network expansion with 641 new cell sites, and 8,175 site upgrades which include both 4G LTE and 5G.

On the fixed line front, Globe already surpassed the 600,000 FTTH lines delivered in 2020, connecting more households all over the country to fiber. Globe has also been aggressively migrating its customers to 4G LTE or 5G technology with SIM and device offers nationwide.

As a testament to Globe’s improved services to its customers, Ookla®’s recent SpeedtestR data showed that Globe remained the leader in nationwide mobile consistency for two consecutive quarters. The Consistency Score in Q1 2021 was 70.43 and Q2 2021 was 75.981, still ahead versus competition.

Moreover, the 2021 International Finance Awards (IFA) recognized Globe Telecom as the “Fastest Growing 5G Network Service Provider.” The IFA for telecom seeks to validate the efforts of every contender that is technologically advanced and provides cutting-edge connectivity to customers all over the world. As the pioneer in 5G in the Philippines, Globe’s 5G outdoor coverage is now 92% in the National Capital Region (NCR), expanding to a total of 1,759 sites including Bacolod, Boracay, Cebu, Iloilo, Cagayan de Oro, Davao, General Santos and Zamboanga City as of end-June this year.