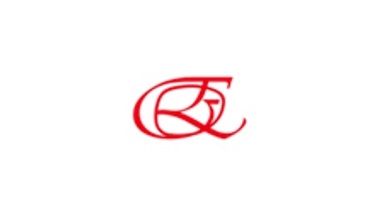 Elegance Optical International Holdings Limited (the Company) is pleased to announce that Green Source Global Limited (the Subscriber), an indirect wholly-owned subsidiary of the Company, has entered into the agreement with H. Sterling LNG Terminal Holding Limited (Target Company) and the Existing Shareholder (Existing Shareholder), pursuant to which the Subscriber has conditionally agreed to subscribe for, and the Target Company has conditionally agreed to issue and allot, 10,000 subscription shares, representing 50% of the issued share capital of the Target Company as enlarged at the subscription price of RMB223 million, to be settled in cash (the Agreement).

Completion of the subscription shall take place on the 30th business day after all the conditions precedent under the Agreement having been fulfilled or waived (or such other date as the parties to the Agreement may agree).

The directors of the Group are optimistic about the prospects of the Yantai LNG Terminal Project that its annual income is estimated at approximately RMB2.5 billion by the top management of the Group. The Yantai LNG Terminal Project is listed as 2021 China’s major project in Shandong Province and will be the 23rd LNG terminal in China. As of now, China has 22 LNG terminals, in which 15 of are owned and operated by government-owned enterprises.

The subscription is in line with the investment strategy of the Group and will allow the Group to diversify its income stream and investment portfolio. The Group will explore opportunities to cooperate on the whole value chain of the natural gas sector covering production, supply, storage and distribution, to further enhance the Company’s foundation in respect of international trade of liquefied natural gas.

INFORMATION OF THE COMPANY
Elegance Optical International Holdings Limited is principally engaged in the manufacture and trading of optical frames and sunglasses, property investment, investment in debts and securities, film investment and distribution businesses and energy business. The Group refers to the Company and its subsidiaries.

INFORMATION OF EXISTING SHAREHOLDER AND THE TARGET COMPANY
The Existing Shareholder is Zheng Fang, a PRC resident and a merchant. The Target Company refers to H. Sterling LNG Terminal Holding Limited, an investment holding company incorporated in the British Virgin Islands with limited liability and is wholly-owned by the Existing Shareholder as at the date of the agreement.

INFORMATION OF THE SUBSCRIBER
Green Source Global Limited, a company incorporated in the British Virgin Islands with limited liability, is an indirect wholly-owned subsidiary of the Company.