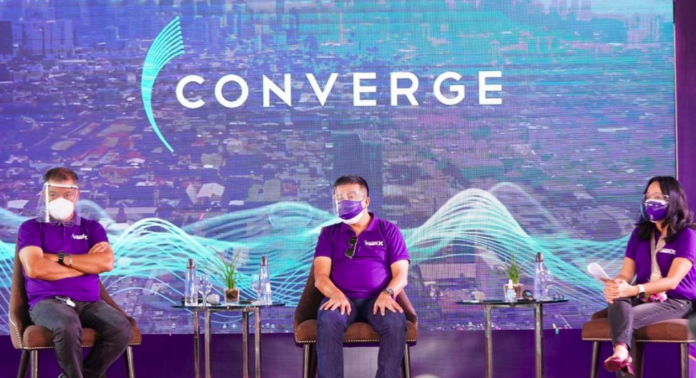 The completion of the initial phases of Converge’s domestic subsea cable network in the VisMin region in 2Q2020 resulted in the activation of an end-to-end nationwide backbone reaching from northern Luzon to Mindanao.

This event represented another historic milestone in the mission of Converge to bring reliable and affordable, high-speed fiber internet to millions of households in the Philippines nationwide.

As the fastest growing fixed broadband operator in the Philippines, the Company deployed a record 565,848 new fiber-to-the-home (“FTTH”) ports during the quarter, more than twice the number of FTTH ports deployed during the same quarter the previous year.

As of June 30, 2021, Converge’s nationwide network reached more than 8.3 million homes, on track to reach the Company’s target to cover approximately 55% of households in the Philippines by 2025.

Revenues from our residential business more than doubled from P4,978 million in 1H2020 to P10,212 million in the same period of 2021, driven by an 85% YoY growth in our subscriber base and increase of 7% in residential average monthly revenue per user (“ARPU”). On the other hand, enterprise revenues grew slightly by 3.8% YoY, from P1,512 million to P1,569 million, mostly from the growth in our small and medium enterprise (“SME”) customer base.

Reflecting the high demand for fixed broadband connectivity services in the Philippines, we estimate that c. 95% of our new subscribers in 2Q2021 were first time fixed broadband users. Driven by continuous demand for our fiber plans including increased take-up of add-on plans and premium packages, our monthly residential blended ARPU also improved from P1,287 during 2Q2020 to P1,372 in 2Q2021.

Despite a larger proportion of subscribers as of June 2021 subscribed to our base plan compared to June 2020, there was an increase in demand for our add-ons services and premium plans, specifically the higher capacity plans, 10-for-99 add-on, and our Time-of-Day plans.