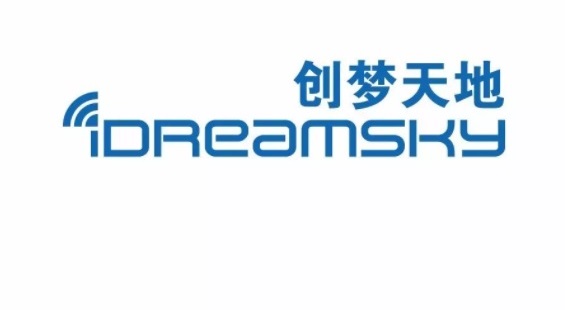 iDreamSky Technology Holdings Limited (iDreamSky, or the Company, together with its subsidiaries, the Group; HKG:1119) is pleased to announce its unaudited interim results for the six months ended 30 June 2021 (the Reporting Period).

During the Reporting Period, since the Group has stepwise terminated games that were no longer in line with the strategy for its gaming business, revenue decreased by approximately 14.1% to RMB1,367.1 million. Furthermore, the Group enhanced its game development capabilities and strived to improve and perfect user service management, while increasing the investment in research and development (“R&D”) of the offline entertainment business. R&D expenses during the Reporting Period increased by 45.4% compared to the same period of the previous year. The Group recorded a net loss of RMB68.0 million (1H2020: net profit of RMB147.9 million), and an adjusted net profit of RMB14.0 million (1H2020: RMB215.4 million). The Board of Directors did not recommend the distribution of interim dividends.

Mr. Chen Xiangyu, Chairman and Executive Director of iDreamSky Technology Holdings Limited, said, “We adhered to our mission and fundamental aspiration: bring joy to users through technology and creativity, and build a ’24/7 online & offline entertainment life circle’. After years of operation, we have built a user ecosystem comprising a large monthly active user (MAU) with long lifecycles, leveraging our core capabilities and advantages, and aided by the complementary nature of our three core businesses of games, SaaS and ‘WePlay’ offline entertainment. We have developed a three-dimensional, multi-layer, multi-frequency and long-term interaction mode between quality contents and users while avoiding the low MAU valuation of a single leisure category. We are confident that our MAU value will continue to increase rapidly, creating sustainable value for shareholders.”

Game and information services remained the Group’s major source of income and accounted for 96.9% of total revenue. The Group continued to adjust and optimize the structure of the gaming business during the Reporting Period, focusing on the independent R&D and operation of match-three puzzle games and competitive games and seeking for introducing suitable overseas mid and hardcore exquisite games into China. The match-three puzzle games of the “Gardenscapes” and “Homescapes” series released and distributed by iDreamSky had a bucking rising in 2021 as compared with the same period of the previous year. In April 2021, the Group granted the overseas release and distribution rights of the “Witch Diaries”, the first generation II match-three puzzle game self-developed by the Group, to Tencent. It is expected to be launched worldwide in 2022. “Super Animal Royale”, the Group’s self-developed competitive mobile game which was officially launched in May 2021, acquired 3.5 million users in only 3 months after its launch and has gained a good reputation among players. “Glory All-Star”, the Group’s self-developed ARPG product, was officially launched at Android terminals in April 2021, with its monthly revenue demonstrating a rising trend. Its iOS version was launched on 27 August 2021. The Group started a national league for its first self-developed RTS game, “Art of War III”, during the year. It successfully held three tournaments in Wuhan, Xi’an and Shanghai, and received a good response from players. The esports event greatly stimulated the enthusiasm of players and continuously attracted player traffic, while creating a wide variety of product topics, videos, ideas and other content, thus bringing various benefits for the game development. During the Reporting Period, as the Group has stepwise terminated games that did not align with the strategy of its gaming business, revenue generated from game and information services business decreased by 15.5% to RMB1,324.6 million. The Group continued to actively respond to the national and policy call, establishing and maintaining a safe online game environment for minors, meanwhile continuously strengthening the protection measures for them. During the Reporting Period, the Group’s revenue from minors accounted for 0.18% of its game revenue.

For SaaS and other related services, capitalizing on its mid-platform technical support capabilities accumulated over the years and continues investment, the Group recorded a segment revenue of RMB30.7 million, representing a year-on-year increase of 36.4% and accounting for 2.2% of the Group’s total revenue. In May 2021, the Group reached a strategic partnership with Huawei Cloud to serve the vertical customers in-depth together. During the Reporting Period, the Group has served nearly 600 business customers in the gaming and e-commerce field, with paying customers accounting for more than 50%. Its products passed the test of millions of data, and the gross transaction value (“GTV”) increased 7 times in three months, representing exponential growth.

For the “WePlay” offline entertainment business, the Group acquired another IP license from the QQfamily in March 2021. Therefore, “WePlay” now holds two thematic brands: “Tencent Video Great Moment Voyage” and “QQfamily”. In May 2021, the Group opened five regular chain stores in Guangzhou and Shenzhen, and the first QQfamily flagship store in China was opened in Shenzhen Happy Coast in July 2021. As of 30 August 2021, the Group has opened 10 “WePlay” regular chain stores, including 9 regular chain stores of Tencent Video Great Moment Voyage and 1 QQfamily flagship store. Thanks to the business model that meets the market demand, the high-quality content and IPs, and the support of customer resources, “WePlay” business has developed an obvious brand premium capacity, and become the latest pan-entertainment business modality that the shopping malls urgently need to drive the circulation of passenger flow and the growth of stay time. This has given the Group the rent bargaining power and resource access advantages to further improve the financial performance of individual stores. The Group recorded a segment revenue of RMB11.8 million, representing a year-on-year increase of 413.0%.

Looking forward, based on its core strategies, the Group has reserved three self-developed games in the pipeline. Testing for the two match-three puzzle games “National Customs Synthesis” and “Dumpling Synthesis” (tentative names) will begin within the year. In addition, “Garden Restaurant”, the Group’s jointly-released match-three puzzle game, is expected to be launched in the fourth quarter of 2021. In addition, “Eternal Return”, a competitive game jointly developed by the Group, has entered the approval process of domestic version number. The game is expected to be launched in 2022. The Group has signed an Exclusive Agency Agreement with Tencent on 30 August 2021 for its self-developed FPS game “CALABIYAU”, authorizing Tencent to publish the mobile and client versions of the game in Mainland China. In addition, “Black Desert”, an MMORPG mobile game jointly run by Tencent and iDreamSky, will be launched nationwide in due course.

As regards the SaaS segment, the Group will invest more resources to expand its customer base and user population. Meanwhile, the Group will continue to deeply explore user needs and take long-term user operation as its ultimate goal.

Due to the unpredictable impact of pandemics on the future, the Group will adjust the 2021 target of opening “WePlay” offline stores to 20 regular chain stores. It will focus on opening new stores in Guangzhou and Shenzhen and surrounding areas this year and is formulating plans for national expansion. The Group will continue the development of designer toy IPs, and march into the middle and upper reaches of the designer toy industry by leveraging its own and its shareholders’ IP resources, in order to break through the close loop of designer toy production links.

Mr. Chen Xiangyu concluded, “Looking ahead, we are determined to continuously promote the rapid development of the three core businesses, and enhance core competitiveness in a multi-pronged approach, capturing the flourishing opportunities in the fast-growing industry, thus creating long-term and stable returns for shareholders and investors.”

About iDreamSky Technology Holdings Limited
iDreamSky Technology Holdings Limited (HKG:1119) is principally engaged in the research and development and operation of online and mobile games, provision of information services, development of SaaS and other related services and offline entertainment. The Group was listed on the main board of the Hong Kong Stock Exchange in 2018 and it is the constituent stock of the MSCI China All Shares Small Cap Index. Being a leading digital entertainment platform in China, iDreamSky is committed to bringing joy to users through technology and creativity and creating a 24/7 online & offline entertainment life circle. The Group successfully launched popular global exquisite games including “Metro Parkour”, “Temple Run 2”, “Gardenscapes” and “Homescapes”, whilst its self-developed games including “Global Operations” and “Super Animal Royale” being well received in the market. Currently, the Group has monthly active users of 138 million and an average revenue per user of RMB38.0.

The 4 Types of PPE You Should Wear During a Pandemic