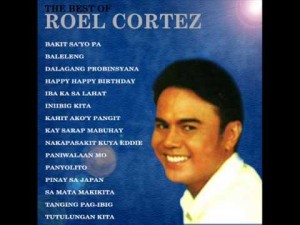 Filipino hitmaker Roel Cortez, the singer behind the hit songs “Napakasakit Kuya Eddie” and “Iniibig Kita” has died after battling colon cancer, his family has confirmed.

Details about his death have not been disclosed as of this posting yet but sources said Cortez had been battling the cancer for years.

Cortez was featured in the GMA Show “Kapuso Mo Jessica Soho”, where he was seen suffering from cancer and poverty.

Cortez, born in 1967, rose to fame due to his songs and compositions in the early 80s. Among his notable songs are “Napakasakit Kuya Eddie”, which has become an anthem for overseas Filipino workers, and his tagalog version of “Baleleng”.

His “Iniibig Kita” and “Sa Mata Makikita” songs were also huge hits during the 1980s.

Among Roel Cortez’s hits include: