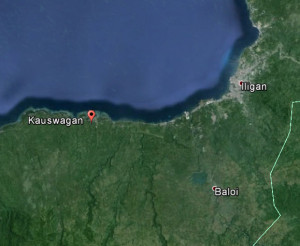 PHILIPPINES – At least three persons were killed while 13 others were injured when a passenger van collided with a passenger bus in Kauswagan, Lanao del Norte, Thursday.

The vehicular accident occurred just as millions of Filipinos rush to their hometowns to observe the Holy Week, commemorating the passion and death of Jesus Christ.

The bus driver, identified as Melvin Dasdasan of Naawan, Misamis Oriental went into hiding after the incident while his assistant, identified as Jerson Napo-ot, was arrested by authorities.

Three of the van’s passengers died on the spot while one of the 13 injured was in critical condition as of this posting. The van was owned by Domingo Barnido.

The identities of those who perished in the vehicular accident have not been revealed as of this posting.

Philippine authorities have been warning motorists and drivers of passenger vehicles to stay safe during the Holy Week because of the number of vehicles that are expected to traverse provincial roads.

Millions of Filipino Catholics go home to their hometowns in the provinces to observe the Holy Week with their loved ones. – BusinessNewsAsia.com