MANILA, PHILIPPINES – Two peopled died while one remains in critical condition after drinking what authorities believed was contaminated milk tea in Sampaloc, Manila.

The Homicide Section of the Manila Police District said Dagohoy and Aydalla ordered Hokkaido milk tea at a tea house in Bustillos St. when the notice that odd taste of the milk tea.

The two complained to the owner of the tea house, William Abrigo, 57, about the taste of the milk tea, prompting Abrigo to taste the milk tea himself. 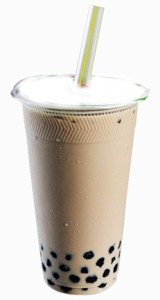 The three were rushed to a hospital in Sampaloc but Dagohoy and the milk tea house owner died a few minutes later.

Aydalla was still fighting for his life as of this posting.

The police said the bodies of the two fatalities will be subjected to an autopsy to determine the type of chemical that caused the food poisoning.

Milk tea is a popular health drink in the Philippines, where a huge chunk of the population is suffering from diabetes due to the intake of softdrinks.

Milk tea is any of variety of beverage found in many cultures, containing some combination of tea and milk. Beverages vary based on the amount of each of the key ingredients, the method of preparation, and the inclusion of other ingredients. – BusinessNewsAsia.com