MISAMIS ORIENTAL, PHILIPPINES – At least 38 people belonging to eight families were rushed to the hospital after they were reportedly poisoned by the food they took home from a fiesta celebration in Gingoog, Misamis Oriental.

The victims attended a fiesta celebration in Barangay Kalahitan, Butuan City and brought home some some meat that were served in the celebration, a Misamis Oriental official said.

The food were different types of viands from pork and beef and authorities believed the meat were already spoiled. 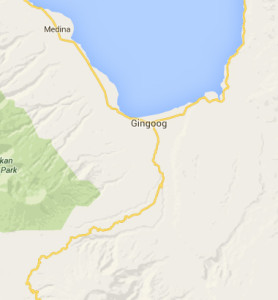 The eight families shared the food to take home to their respective homes but were instead poisoned by the said food, authorities said.

One official said the victims started feeling dizzy and began vomiting while others started feeling stomach pains. They were rushed to the Misamis Oriental Provincial Hospital in Gingoog City.

Initial investigation showed that the meat that the victims shared already had different smell but they still decided to cook it and share with family members.

“The meat had been prepared since April 14 and started smelling differently,” one official said.

Health officials in Misamis Oriental were still conducting a thorough investigation on the alleged food poisoning in Gingoog City. – BusinessNewsAsia.com

Lotto Results Paul McKinsley - January 27, 2021
MANILA, Philippines - Do you have the tickets for 3D Swertre Lotto? The Philippine Charity Sweepstakes Office (PCSO) is set to release the 3D...