MANILA – The Philippines will be attending a high-level meeting with Singapore, Indonesia, Malaysia, and Thailand in Singapore to discuss concerns on transboundary haze.

The Philippines will be represented by Department of Environment and Natural Resources (DENR) Undersecretary for field operations Demetrio Ignacio Jr during the meeting.

The haze from Indonesia has already reached other parts of the region, including the Philippines. In Southern Philippines, flights have been cancelled due to poor visibility as a result of smaze, a mixture of smoke and haze. 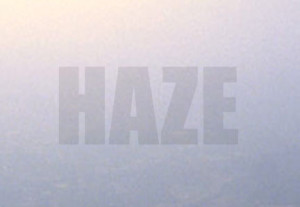 In Cebu, the DENR 7 has urged the public to wear good fit protective mask to avoid respiratory exposure to contaminants as Cebu’s sky is being blanketed by a suspected smaze.

Engineer Oscar Tabada, Director of the Philippine Atmospheric, Geophysical and Astronomical Services Administration-Visayas, said there is light to moderate smaze hovering over the region based on their hourly observation and monitoring.

“Those who are sick, especially the elderly and children, should stay indoor,” Llamedo said.

He added that with a wind speed of 0.1 meter per second, which is moving very slow, the suspected smaze could still be experienced in the coming days.

“We hope that a strong wind or a stronger wind speed will occur so that this will be blown away,” he said.

Haze can cause air pollution which can bring about increased risks of respiratory tract infections and cardiac ailments, according to the Department of Health. With this the DOH called on the public to take precautionary measures, especially those with respiratory problems.

He said below five kilometers of visibility was noted yesterday, which is a manifestation of haze. When Metro Cebu has good visibility, the mountains of Cebu City, approximately 10 kilometers away from PAGASA-Mactan station, can still be seen clearly. – BusinessNewsAsia.com