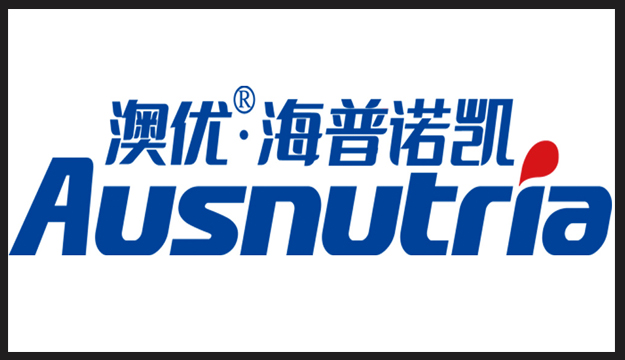 HONG KONG — Ausnutria Dairy Corporation Ltd (“Ausnutria” or the “Company”, together with its subsidiaries, the “Group”; stock code: 1717.HK), has announced that it expects to record an increase by not less than 315% in its profit attributable to the shareholders, in the range of RMB210 million to RMB219 million for the year ended 31 December 2016 when compared with the same period of 2015 of RMB50.6 million.

Austnutria is a dairy company which specializes in the manufacture and distribution of infant formula and nutrition products with production facilities based in the Netherlands, the PRC and Australia,

The significant increase was in line with expected and primarily attributable to the continuous increase in the sales of own-branded goat milk-based and cow milk-based infant formula products, which was driven by the adjusted business strategy and the increasing market demands of the products of the Group.

In 2016, the Group’s business development has made significant progress, with upstream industry chain been further improved and more diversification from the layout of nutrition industry.

In July, the Group acquired a land near the factory in Changsha for future expansion. In August, it entered into the booming international nutrition market by acquiring Nutrition Care, a professional nutrition company in Australia.

In September, it signed an agreement to set up a joint venture with New Zealand’s second largest dairy co-operative, Westland, to build a new milk powder mixing and packaging production plant at Rolleston in New Zealand, which aims to expand the the strategic layout along the global golden milk source.

Moreover, Ausnutria also conducted investment in France, in order to provide a stable supply chain for its organic brands (Allnutria Organic and Neolac Organic). In additional to its infant formula business, in December last year, the Group launched Globlait, a functional liquid milk brand, which targets the children market.

In 2016, the development of the Brands also achieved remarkable results. Hyproca 1897 and Kabrita were awarded “Top 10 Most Influential Brands” at the CBME AWARDS, which is equivalent to the “Oscars” of the baby products industry in PRC.

Allnutria was awarded “The Most Popular Brand with Consumers” by MAMA.CN, which is the top maternal and infants website in the PRC. Puredo was solidified in the market of Chinese 3th and 4th tier cities and actively explored the innovation mode for the sales service.

It was also awarded “The Chinese Healthy Dairy Emerging Brand 2016”. Mygood was solidified in the market of Chinese 4th and 5th tier cities and achieved its own development milestone.

The footprint of Kabrita has expanded to 65 countries and regions. Furthermore, In January this year, the Group was awarded “The Most Influential Company 2016” by the Chinese Maternal and Infants Entrepreneur Leader Summit, which reflects the industry and consumers’ recognition and high appreciation on the Group’s stable growth and remarkable achievements.

Mr. Yan Weibin, Chairman of the Group, said, “2016 is the first year of our strategy of ‘Golden Decade’, which was announced at the end of 2015. We managed to achieve satisfactory results in operation performance, products diversification and layout of industry chain by continuously adjusting business structure, expanding the construction of the global supply chain of infant formula milk and starting the overseas business of nutrition products.”

He added that the group devoted to improve the layout of global industry chain and R&D ability, which received good results, along with efforts on rooting the market network and upgrading consumer services.

“Our products have become more popular among distributors and consumers driven by clear brand positioning and marketing strategy. Facing the enormous opportunities brought by national policies, the Group has successfully formed a diversified layout with infant formula as our core business, adult milk, liquid milk, nutrition product and other products. We have gradually transferred from infant formula company to high-value nutrition food company,” he said.

The Group is heading to a leading supplier of milk formula & nutrition foods and also a trust nutrition health consultant. Yan said: “We believe that we will achieve better results in future and maximize the value of our shareholders.” – BusinessNewsAsia.com