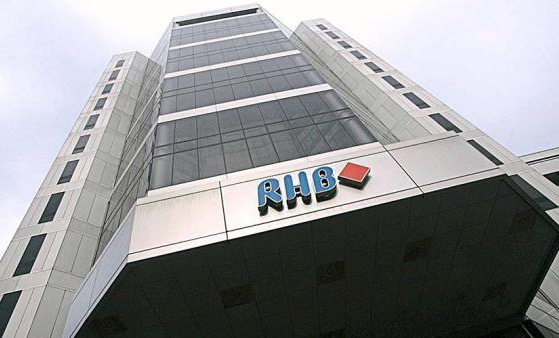 RHB Bank also saw its revenue declined by 9.25% to MYR2.56 billion, from MYR2.82 billion in the same period last year.

“From our point of view, what we went through last year was probably the worst, as we were impacted by the oil and gas segment,” according to RHB Bank managing director Datuk Khairussaleh Ramli.

For this year, the bank targets 5 percent loan growth from the 2 percent increase it registered last year. The group’s gross loans went up 2 percent year-on-year to MYR154.4 billion last year on the back of 13.3 percent mortgage growth and lending to small and medium enterprises loans and 11.3 percent financing growth.

“This year, with the improved oil price, in terms of loan growth we think that we can grow at about the industry level. With that, we expect return on equity (ROE) to grow between 9% and 10% this year,” he added, noting the industry loans are expected to grow 5.3% this year.

The bank reported a 43 percent increase in its profit for the last quarter of last year and expected to post stronger loan growth in its core markets of Malaysia and Indonesia.

The quarterly profit was pegged at MYR2.36 billion from MYR1.65 billion a year earlier. The new figure actually surpassed the MYR1.84 billion analysts expected for that quarter.

Driving this hefty leap in profit were loan growth and a rise in investment income. Net interest income was up 1 percent to MYR2.96 billion from MYR2.93 billion year earlier.

The bank also posted a 5.7 percent hike in loans to MYR485.7 billion as at the end of December and expects loan growth to be in the range of 6 to 7 percent in 2017, Maybank said in a statement. – BusinessNewsAsia.com