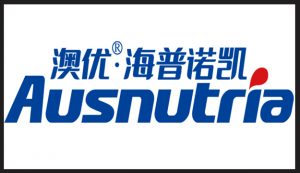 Ausnutria Dairy Corporation Ltd (Ausnutria), a leading dairy industry company with production facilities principally based in the PRC, the Netherlands and Australia, announced its annual results for the year ended 31 December 2016.

In 2016, despite the intense market competition of infant formula in the PRC, Ausnutria’s product development continued to grow.

Aided by the benefits from business structure and adjusted strategy, sale of own-brand cow milk-based and goat milk-based infant formulae continued to increase, contributing to the improvement in the financial performance of the Group.

Profit attributable to shareholders increased 320.4% to RMB212.7 million and the basic earnings per share was RMB17.04 cents, representing an increase of 247.8% compared with the same period last year.

Considering the Company’s upcoming demand for capital expenditure, the Board is pleased to recommend a final dividend payment of HK$0.05 per share for the Year 2016.

Mr. Yan Weibin, Chairman of the Group, said 2016 was the first year of the “Golden Decade” strategic plan announced by the Company at the end of 2015.

In addition, the group’s products have gained increasing recognition by the marketing channels and consumers, driven by a rapidly developing market network and enhancing consumer services with our clear brand positioning and promotional strategies.

“2016 was a significant year highlighted by outstanding operating results, diversified products portfolio, and new industrial chain layout. The Group is moving forward towards achieving its vision “To become a leading infant formula player in the world as well as the most trustworthy nutrition product supplier and nutritional and health adviser in the PRC,” he said.

In 2016, revenues of the Ausnutria’s goat milk-based and cow milk-based infant formulas across the PRC increased by 49.3% to RMB1,682.4 million.

According to data from the PRC customs, the market share of Kabrita has been ranked the 1st imported goat milk-based infant milk formula in the PRC for three consecutive years since 2014.

In addition to the development of our own-brand business, the Group also produces infant formula for other worldwide customers on an OEM basis (the “Private Label”) in order to fully utilize production capacity and maximize efficiency. For the year under review, sale of the Private Label business have increased by 71.9% to approximately RMB472.1 million, accounting for approximately 17.2% of the Group’s total revenue.

To cater for the changing market environment and take full advantage of the market opportunities, Ausnutria further improved its upstream industrial chain and started the construction of a new factory in the Netherlands to meet the increasing market demands.

In October 2016, the Administrative Measures for the Registration of Formulas for Infant Milk Formula Powder issued by the China Food and Drug Administration came into effect, which effectively raised the industry’s barrier to entry.

The Group seized on the opportunities by implementing its clear strategic layout in order to adapt to the new policy; in July 2016, the Group acquired a factory in Changsha that included a plot of land for expansion in the future; in August 2016, the Group acquired Nutrition Care, a professional high-end nutritional product brand with production facilities based in Australia, to expand in the rapidly growing international nutritional product market.

Moreover, in September 2016, the Group teamed up with the second largest dairy co-operative in New Zealand, Westland, to form a joint venture for the establishment of a new manufacturing plant in Rolleston, New Zealand, in order to enlarge the Group’s strategic presence as a top-notch global milk source.

Furthermore, the Group has also made investments in milk source in order to secure a reliable and stable supply of ingredients used in the production of organic infant formula to support the development of the Group’s two organic brands – Organic Allnutria and Organic Neolac. The Group also launched Australia imported functional liquid milk under a new brand named Globlait in December 2016 which targets the children’s market in the PRC.

Looking ahead, Mr. Yan concluded, “As a result of increasing consumer purchasing power in the PRC, the relaxation of the one-child policy, and the increasing demand for higher food quality and safety standards, the Administrative Measures for the Registration of Formulas for Infant Milk Formula Powder has raised the market competition threshold, effective since October 2016. We see a clear developmental opportunity for us to become the industry leader with our advanced business layout and global supply chain expansion as well as solid market position plus strict and high-quality controls.”

“We will place greater efforts on promoting our nutritional business to meet global demand, particularly in the PRC, with its growing need for quality health-related products. Ultimately we are committed to maintaining rapid and sustainable growth in the future in order to maximize the value for our shareholders,” Yan said. – BusinessNewsAsia.com