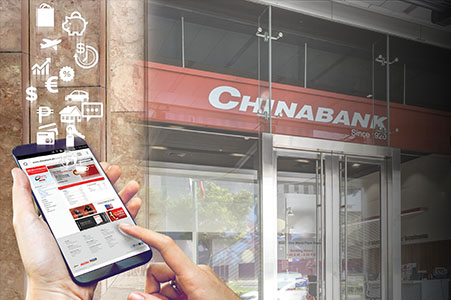 Strong growth in lending and core fee-based income supported China Banking Corporation’s (PSE:CHIB) income in the first three months of this year, the bank said in a disclosure to the Philippine Stock Exchange.

Non-interest income (excluding trading gains) grew by 22% to P1.08 billion from the gain in service charges, fees from bancassurance, investment banking and trust, as well as income from asset sales.

Core recurring income (operating income excluding trading gains) was up 15% to P5.55 billion from P4.80 billion in the first quarter of 2016.

Operating expenses growth was limited to 8% to P3.88 billion even with the continued expansion in its branch and distribution network and investments in people and technology to support the growth of new businesses.

The growth was driven mainly by the 16% growth in Gross loan portfolio to P378.41 billion. Robust growth was registered across all market segments: consumer, commercial and corporate.

Total securities grew by 42% to P101.08 billion, with Held-to-maturity securities, which increased by 176% to P63.01 billion, accounted for the significant increase in the Bank’s investment portfolio.

“Our strategic focus to strengthen our core businesses and diversifying our fee-based
revenues in the midst of our network expansion are starting to produce encouraging results.” said China Bank President and CEO Ricardo R. Chua.