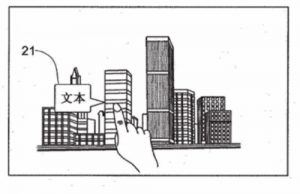 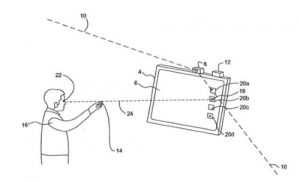 HONG KONG — eyeSight Technologies, a leader in advanced embedded computer vision and deep learning, has been awarded two new patents: one offers a groundbreaking solution for the power consumption issue AR/VR headsets and wearable devices suffer from, and the other, referred to as the Direct Pointing Interaction technology, addresses solutions centered around direct pointing detection for interaction with a digital device and displays.

eyeSight Technologies’ IP Portfolio contains more than 40 patent applications worldwide and currently has 18 granted patents in the U.S., Asia and Europe. This growth puts eyeSight in a leading position in such a crucial market, as more and more patents in the computer vision and machine learning space are being developed to make devices more intelligent and lessen the interaction gap between humans and machines.

“Our strong computer vision patent portfolio and years of experience place eyeSight in a market leading position” said Gideon Shmuel, CEO of eyeSight Technologies. “Many years of research and development have been put in to delivering our cutting edge sensing solutions which are deployed on millions of devices worldwide”

One of eyeSight’s new patents, which was issued in China, addresses the acute issue of gesture recognition’s power consumption, which is mainly prevalent in AR/VR applications. By controlling the camera, changing the frame rates and video resolution, this patent helps significantly reduce touch-free interaction solutions’ power consumption rate by and astonishing ten times.

The company was granted another new patent, this one in the U.S., allowing users to simply point toward a point of interest on a digital display, on an augments in-car HUD, or a smart home device – i.e. smart TV, smart lights and thermostat – to control it directly. Rather than performing indirect gestures to prompt the device to perform an intended action, such as lifting a finger upward to get a mouse cursor on the display and moving the hand in order to move the cursor until it reaches the desired icon, the new direct pointing technology can immediately detect the exact location a user is pointing at, making the interaction natural, direct and immediate.

“As we move into the era of autonomous and semi-autonomous cars, the car occupants will have free time to interact with devices and new IOT & connected car content displayed on the in-car screens and augmented window displays.” Said Itay Katz, CTO and founder of eyeSight, “Our various sensing capabilities together with our new direct pointing patented solution will allow the most natural and enjoyable interaction method with this new type of content and displays” Katz added, “Our technology can be combined with voice commands to even further simplify the interaction”.