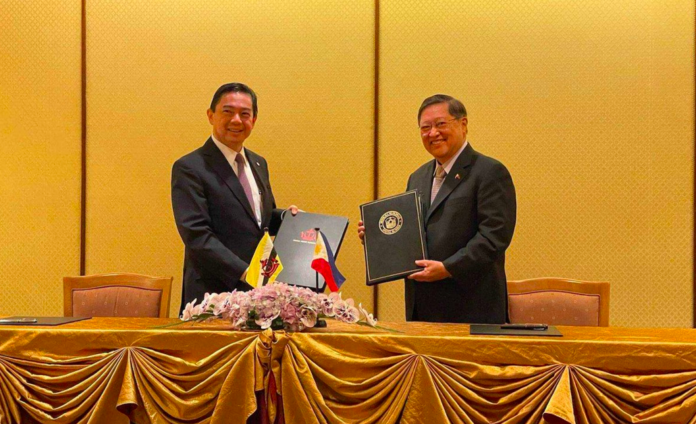 The Philippines and Brunei Darussalam have signed an agreement aimed at eliminating double taxation and preventing fiscal evasion on taxes on income arising from cross-border transactions between these two Southeast Asian countries.

The agreement was signed by Philippine Finance Secretary Carlos Dominguez III and Yang Berhormat Dato Seri Setia Dr. Awang Haji Mohd Amin Liew bin Abdullah, the Minister at the Prime Minister’s Office and Minister of Finance and Economy II of Brunei, this morning, July 16, on behalf of their respective governments.

Secretary Dominguez said this Agreement for the Avoidance of Double Taxation and the Prevention of Fiscal Evasion With Respect To Taxes on Income (double taxation agreement or DTA) is expected to further strengthen economic cooperation and enhance investment flows and economic activity between the two countries.

He assured the Philippines’ commitment to continue and deepen the coordination with the tax authorities of Brunei in ensuring the proper implementation of the DTA and the enforcement of relevant tax laws.

“This agreement will serve us well as we bounce back from the ravages of the global health crisis. It will further ease trade in goods and services between our two countries. Moreover, it will strengthen our economic cooperation and enhance investment flows and economic activity across our borders,” Secretary Dominguez said at the signing ceremony.

Secretary Dominguez thanked the Government of His Majesty the Sultan and Yang Di-Pertuan of Brunei Darussalam, who witnessed the signing of the DTA, “for bringing this document to fruition.”

“I look forward to heightened cooperation between our two countries as we both exert all our efforts to recover from the pandemic and rebuild the best possible future for our two peoples,” said Secretary Dominguez.

He noted that the signing of the DTA will further elevate the “close, warm and mutually beneficial” partnership between these two countries that have enjoyed strong ties since both established full diplomatic relations in 1984.