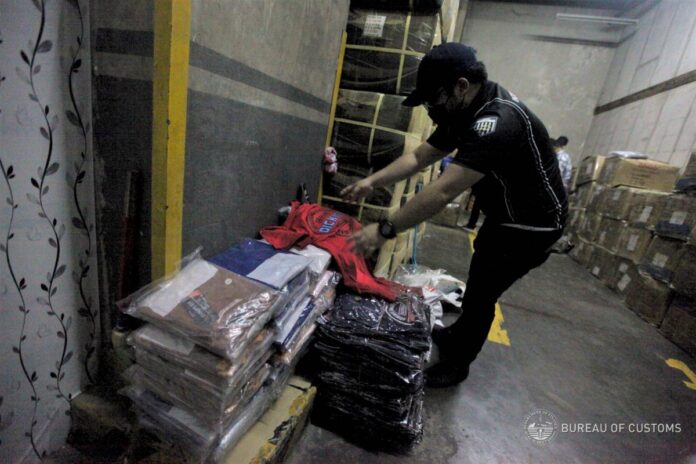 As part of the intensified effort of the Bureau of Customs to fight smuggling and the proliferation of counterfeit goods, the Intellectual Property Rights Division (IPRD) – Customs Intelligence and Investigation Service (CIIS) under the Intelligence Group (IG) and Port of Manila District Office in coordination with the Armed Forces of the Philippines and the Philippine Coast Guard seized various counterfeit items in Bagong Milenyo, Pasay City on July 28, 2021.

The imported counterfeit items were seized for violation of Section 108 (f) of RA 10863 also known as the Customs Modernization and Tariff Act (CMTA) and RA 8293 otherwise known as the Intellectual Property Code of the Philippines. The operation marks the Bureau of Customs’ biggest accomplishment resulting from a single operation to date.

As the businesses strive to recover from the impact of COVID-19, the BOC under Commissioner Rey Leonardo B. Guerrero remains committed in supporting legitimate brand owners against the proliferation of smuggled and counterfeit goods as part of its mandate of Border Protection. (BOC)