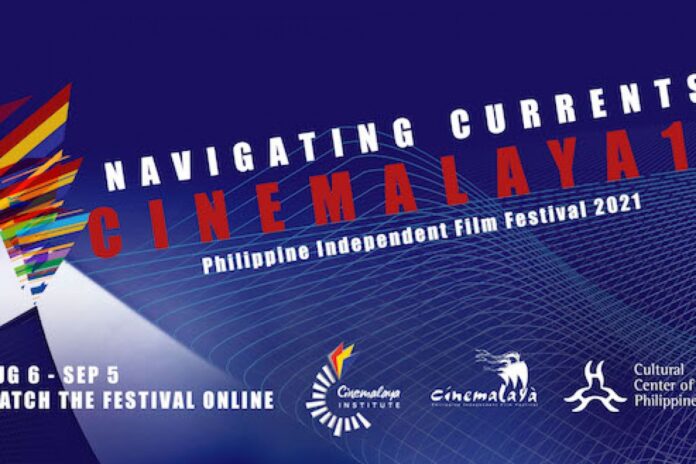 ● I WILL DIE FOR YOU by Jaime Morados

● BASOL BALOS by Tonny A. Abad

● THIS DAY by Red Aquino

● DON’T WORRY WE STILL HEAR YOU by Martika Ramirez Escobar

● PUGON (The Furnace) by Gabby Ramos

MARIS is a short animation film. After a year of separation, Luigi decides to walk home with Mario —his nursery best friend—on an embankment along the farm to bond and chat with him again about their lives and their experiences in private and public school.

I WILL DIE FOR YOU tells about Jess, a young Filipino boy fueled by the words of the Philippine President, who tries to fulfil his dream of becoming a policeman on his birthday.

KONSUMATUMES is set in a dystopian futuristic Philippines where Viktor—a son of a Working Class family—is abducted for being mistaken as the leader of an anti-government resistance group called KUMAG sa Bayan (Movement Against Nation).

PHONE CALL is a 4-minute story film. Due to being sickly, Dan is the only person among his siblings who doesn’t have to work. Time passes until he is alone and needs someone to talk to. But his brothers and sisters are all busy with their professions.

In BASOL BALOS, a happy family is what everybody wants, until Marco, son of Ruis Villaflores and brother of Riza, turns into a menace and drives the housemaids away. Surprisingly, one girl, Rowena Tillo, still seeks employment as the new maid despite knowing about Marco’s infamy.

SOL follows the lives of two sisters living in a small village. Tensions have been rising ever since drugs infiltrated their lives along with the relief efforts that came after the storm.

THIS DAY talks about Vincent, who enters college with the tenacity of succeeding with things the way he did back in high school. He does so by dealing with things alone.

REGTA is a short musical film. After the fall of Ilocano townsmen against the Spaniards, Regta—the wife of one of the Basi Revolt leaders—makes her way to San Ildefonso to find her fallen husband.

In the film PARAISO, Drigo, in his late 20s, experiences the impact of deforestation to his family.

10,000 ERRORS is about a hitman and a politician who meet in purgatory sharing nothing but the same memory of dying by gunshot.

HIJA is a story about the struggle of a young woman that led her to a decision she thought could change everything.

MARATABAT tells of a simple guy who loves to play guitar until he is forced to leave everything behind as he ventures through the valley of the shadow of death, when his brother suffered an unfortunate demise.

DON’T WORRY WE STILL HEAR YOU is about a filmmaker who reflects on the late film critic Alexis Tioseco’s wish list for Philippine Cinema.

REKWERDO focuses on aspiring performer Dani who finds solace and emancipation in a dilapidated theater her family takes care of. In the space forgotten by time, she confronts the tragic fate a woman faced almost four decades ago.

SALIDUMAY is about Ayo, a young Tingguian woman with mixed Ibaloi blood who goes on her first date at a Korean restaurant with her love interest Franz, a former seminarian from Abra who is settled in Baguio City.

YAWYAW NI JP is Sine Sanyata’s 11th released video in the span of the pandemic. In this video, not only will we hear JP’s voice. JP embodies the voices of Filipinos who are struggling with this pandemic. JP is a common Filipino — maltreated, deceived, violated and taken for granted.

BABU JALHANA (Aunt Jalhana) is leading a gathering of Tausug Christ’s believers in the outskirts of Sulu. She is being discipled by Angel and Joy, two missionaries from the cities.

LAST 234! is about Jasper, a senior cheerleader of Saint Noel University Pep squad, who is down to his last performance to represent his future alma mater. With days before the competition, an unexpected incident arises that will test the team’s will as athletes.

PUGON (The Furnace) is a film about Sonia, a 14-yearold girl full of dreams from a fishing village who is thrown into the pawnship slavery to pay the debt of her poor parents.

Due to the COVID-19 pandemic, the 17th edition of Cinemalaya migrates to the online platform via KTX.ph. Cinemalaya Philippine Independent Film Festival is a project of the Cultural Center of the Philippines and the Cinemalaya Foundation, Inc. Established in 2005, Cinemalaya is an all-digital film festival and competition that aims to discover, encourage and honor cinematic works of Filipino filmmakers.

For more information, visit www.cinemalaya.org or www.culturalcenter.gov.ph. Follow the official CCP and Cinemalaya social media accounts on Facebook, Twitter and Instagram for updates on the Cinemalaya Film Festival screening schedules and other offerings. (CCP)