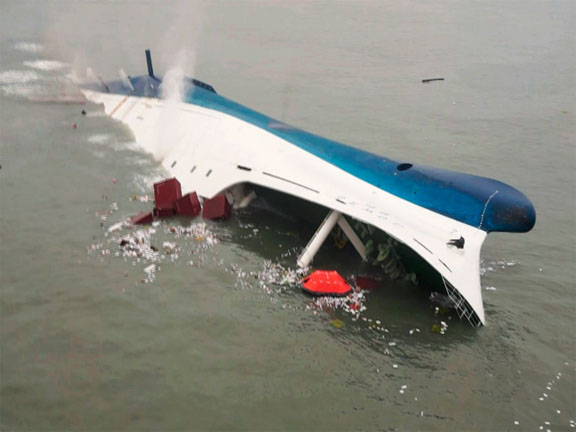 South Korea’s Ministry of Oceans and Fisheries said the South Korean government has decided to compensate the families of of the 250 students and 11 teachers who died or are still missing following the sinking of Sewol ferry last year.

The move, however, was criticized by a group representing the family members of the ferry tragedy victims. The groups said the compensation announcement is an attempt by the government to divert attention away from their demand for a thorough and independent investigation.

The compensation is the first settlement offered to victims’ families nearly a year after Sewol capsized and sank, killing more 304 of its 476 passengers.

“Other passengers will receive between 150 million won and 600 million won, depending on their age and income,” the Ministry said Wednesday, adding that the government has formed a compensation committee to oversee the settlement.

MV Sewol was on its way to Jeju Island from Incheon when it capsized. Most of the passengers were secondary school students from Danwon High School in Ansan City.

The ferry’s chief engineer has been convicted of homicide and jailed for 30 years while 14 other surviving crew members were sentenced to between five and 36 years in jail.

An arrest warrant was also issued for Yoo Byung-eun, the owner of Chonghaejin Marine, which operated Sewol, but he could not be found despite a nationwide manhunt.

On 22 July 2014, police revealed that they had established that a dead man found in a field 415 kilometres south of Seoul was Yoo. Foul play was ruled out, but police say they have yet to establish the cause of Yoo’s death. – BusinessNewsAsia.com