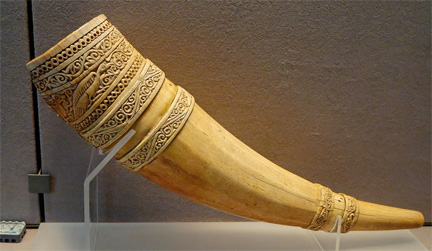 AUSTRALIA – Australian authorities have intercepted a shipment of 110-kilogram of ivory bound for Malaysia, the Australian Customs and Border Protection Service (ACBPS) said.

The illegal shipment was intercepted while being trans-shipped through Perth en route to Malaysia last Sunday, authorities said today.

In a statement, ACBPS regional commander WA, Rod O’Donnell, said Australia had some of the strongest wildlife protection laws in the world.

“The smuggling of endangered wildlife and wildlife parts is a very serious issue and we are dedicated to shutting down this horrible and cruel trade,” he said.

No one has been charged over the haul as authorities said an investigation was on going.

Australian laws impose a maximum penalty of up to 10 years imprisonment and a fine of USD170,000 for individuals and up to USD850,000 for corporations exporting or importing wildlife products.

Ivory refers to any mammalian tooth or tusk of commercial interest. It has been valued since ancient times for making a range of items, from ivory carvings to false teeth.

The national and international trade in ivory of threatened species such as African and Asian elephants is illegal. – BusinessNewsAsia.com