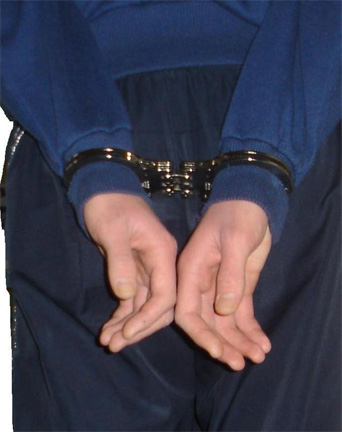 CEBU, PHILIPPINES – A 52-year-old American from California and his 17-year-old son were arrested in Lapu-Lapu City, Cebu for their alleged involvement in a murder case in Dipolog City.

The two were among the group of persons charged in the death of 28-year-old Ivan Exan Zay Malinao in Dipolog City on April 2004.

The victim was stabbed to death by several suspects inside Juncker’s residence in Dipolog City.

The arrest was based on the arrest warrant issued by Regional Trial Court Branch 7 in Dipolog City.

Authorities said Gary Juncker did not resist arrest and went willingly with the police.

Interviewed by reporters, Juncker admitted that he has a case in Dipolog City but that it was not for murder.

“I have a case in Dipolog but it was not murder,” Gary said.

The two were picked up by the Dipolog City police operatives for custody.

In 2010, The US Securities and Exchange Commission charged Gary Kennan Juncker in relation to an USD11 million fraud case.

Juncker was also convicted on four counts of mail fraud in a telemarketing scheme and was sentenced to 30 months in US prison. He was released in 2000. – BusinessNewsAsia.com