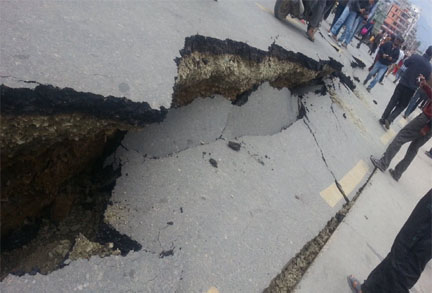 NEPAL – Nepal’s devastating earthquake is expected to result to economic losses of as high as USD5 billion, more than double previous estimates of USD2 billion and equal to 25 percent of the country’s gross domestic product, according to the Global Catastrophe Recap Report released by Aon Benfield’s catastrophe model development team Impact Forecasting.

However, the report added, that very low insurance penetration in the region meant that merely a fraction of the total damages were insured.

Impact Forecast Asia Pacific Head Adityan Krovvidi said the team had already developed an earthquake scenario model for Nepal, which it released at its Singapore conference this week.

The team also plans to send a group of seismic and vulnerability experts to conduct a reconnaissance study.

“While the level of damage and casualties was enormous, the seismological magnitude of the event in the Indo Nepal region was not unexpected. Scientists have been warning about a major event resulting from the ‘central seismic gap’ in the Himalayan fault system since the 1934 event,” Krovvidi said.

Unfortunately, he added, for the earthquake peril, timing is always the greatest unknown factor. The vulnerability of buildings and structures in Nepal poised a significant risk given the absence of good seismic code history and implementation practice.

The death toll in the earthquake has already passed 37,000 and thousands more are still missing, Nepalese authorities said.

More than the human loss due to the earthquake, the country will have to brace for the economic losses brought about by the massive tremor.

Earlier, Kinetics Analysis Corp said the country stands to lose about USD2 billion from the earthquake and only a fraction of the cost will be paid by insurers.

A report released by the Insurance Information Institute showed that spending on property-casualty coverage, such as auto and home insurance, in Nepal is less than USD4 per capita annually.

In the US, the spending is almost USD2,300. In 2013, insurers in Nepal collected about USD277m in premiums, mostly from live coverage.

In the neighboring nation of India, the earthquake’s damage cost about USD800m but only less than 1 percent of the losses is covered by insurance. – BusinessNewsAsia.com