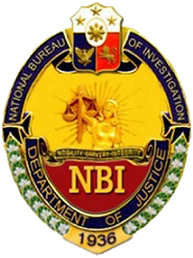 MANILA, PHILIPPINES – The National Bureau of Investigation (NBI) has officially launched its online registration, appointment and e-Payment system that seeks to ease the process of securing clearance.

Previously, those who want to secure an NBI clearance will have to undergo the tedious process of lining up for hours to do so.

With the launch of the website clearance.nbi.gov.ph, applicants will only need to register online, pay and show up at an NBI processing center to have his or her photo and biometrics taken.

“The online registration, appointment and e-Payment system is our response to provide a more efficient and convenient process of issuing NBI clearance. It is a solution to eradicate queuing at the NBI clearance centers, shorten both waiting and processing time,” NBI Director Virgilio Mendez said.

Applicants lining up in one of the NBI offices in the Philippines welcomed the move, saying they won’t have to spend the whole day just to secure an NBI clearance.

Mendez said the new system allows the NBI to process up to 6,000 clearances in a day, compared to the 4,000 issued during peak months.

Based on the website of the NBI, the old process used to be that an applicant fills up a form, undergoes data check, pays to the cashier, waits for encoding of information, undergoes photo and fingerprint capture, then waits for the printing of the clearance.

Under the new system, applicants from anywhere in the Philippines can register online for appointment and e-payment, then goes to any of the NBI centers nationwide for photo and fingerprint capture and then waits for the printing of the clearance. – BusinessNewsAsia.com