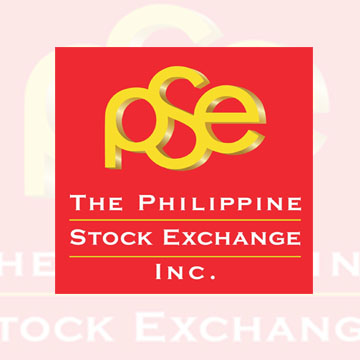 Amidst market volatility, the Philippine Stock Exchange (PSE) posted a net income of Php683 million (US$14.4 million) in 2015, representing a 21 percent decrease from its net income in 2014.

Listing-related income, which made up 40 percent of operating revenues, went down by 41 percent year-on-year to Php483 million while capital-raising activities for 2015 were higher, other listing activities arising from other market deals were slower compared to 2014.

This decline was tempered by higher trading-related revenues, including service fees derived by the Securities Clearing Corporation of the Philippines, which grew by 2 percent.

Despite volatilities in the second half of 2015, the average daily turnover in 2015 managed to inch 2 percent higher at Php8.9 billion compared to Php8.8 billion in 2014.

Philippine Stock Exchange Revenues Down By 15%

Meanwhile, total revenues, including operating revenues and other income, went down by 15 percent to Php1.4 billion.

“Last year was a challenging year not only for the Philippine stock market but to the global equities market in general. Our local market was not spared from the backlash of China’s economic slowdown and the US Federal Reserve’s decision to start gradually raising interest rates. These developments affected both liquidity and capital market deals particularly in the latter part of the year,” PSE President and CEO Mr. Hans B. Sicat said.

“Volatility has persisted early in 2016 but we are hopeful that the country’s sound economic fundamentals will help temper these and will cause investors to continue having the Philippines in their investment radar,” Mr. Sicat added.

As of February 23, daily average turnover was down by 31 percent to Php6.2 billion compared to Php8.96 billion last year.

In 2015, total expenses amounted to Php602 million, up slightly by 2 percent. Investments made by the Exchange in its new trading system and its move to a new building contributed to the increased spending.

The PSE is scheduled to transfer to the Fort Bonifacio Global City during the first half of 2017.

“A big part of the spending increase was due to investments that are being made by the company in line with its strategy of creating a bigger Exchange offering more products and services. Despite these, we were able to manage our expenses to help mitigate the impact of slower market activity in our financials,” Mr. Sicat explained.

“We foresee a potential increase in capital raising activities after the Philippine elections and we hope the volatility becomes more tempered as investors get more clarity on the impact of the global developments in our market,” Mr. Sicat said.

While the rally of the PSEi ended in 2015, the index remained among the least adversely affected markets in the region. – BusinessNewsAsia.com