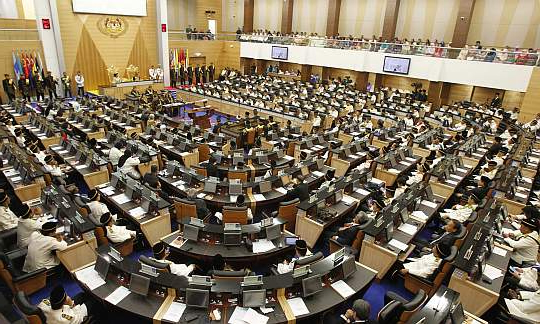 MALAYSIA – The call of Dewan Rakyat Speaker Pandikar Amin for the inclusion of native languages in the national educational system was hailed by Malaysian netizens who support multilingualism.

Pandikar called on education policymakers in the country to consider the possibility of incorporating ethnic minority launages into Malaysia’s educational system, saying ethnic groups in Sabah and Sarawak are also part of Malaysia.

“Language can unite a country as aspired by our government. Ethnic groups in Sabah and Sarawak are also part of the backbone of harmony in Malaysia,” he told reporters in Kota Kinabalu.

Netizens took to Facebook and Twitter to commend Amin for his stance in including the languages of minority groups so these can also be preserved.

“All indigenous languages should be incorporated into Malaysia’s educational system to preserve all these different cultures,” said one Facebook user.

“Great to hear this from our parliamentary speaker. But the problem now will be finding skilled teachers who will use the indigenous languages,” said another Facebook user.

Pandikar cited a recent global research that showed students who studied in their mother tongued tended to do well in their education.

In the Philippines, the Department of Education has already included mother-tongue subjects for elementary students.

He also urged parents to send their children to pre-schools or nurseries that include the native language as a medium of instruction. – BusinessNewsAsia.com