MANILA, PHILIPPINES – Philippine President Benigno Aquino III vowed to personally appeal the case of Mary Jane Veloso, the 30-year-old Filipina who is in the death row in Indonesia, to Indonesian President Joko Widodo. 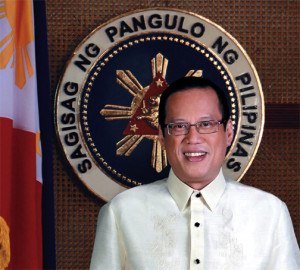 Before flying to Kuala Lumpur, Malaysia for the ASEAN Summit, Aquino said he will personally look for the chance to speak to his Indonesian counterpart to stop the execution of Veloso.

Veloso’s family is already in Indonesia after the Indonesian government has scheduled her execution.

Meanwhile, the Department of Foreign Affairs (DFA) on Sunday said that Veloso did not sign the notice of the date of her execution pending the second appeal filed by her lawyers for a judicial review on her case.

DFA Spokesperson Charles Jose said that at 8:22 p.m. on Saturday, a representative of the Philippine embassy in Indonesia reported that Veloso was issued the notice of her execution, set for April 28.

“At 8:22 p.m. last night, Manila time, our embassy rep [who] attended the meeting at Nusakambangan reported that Mary Jane was issued the letter of execution but she, lawyer, and embassy did not sign it, reasoning that there’s a pending 2nd appeal,” Jose said.

As her execution death nears, Veloso managed to write at least four letters addressed to the DFA, Vice President Jejomar Binay, President Aquino and to the person who Veloso blamed for her ordeals.

Veloso said she has forgiven Cristina Serio, her alleged recruiter, and urged that Serio finally tell the truth.

She also thanked President Aquino and Binay for their efforts in appealing her case to the Indonesian government – BusinessNewsAsia.com