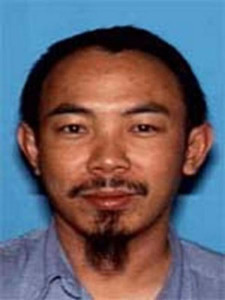 Zulkifli Bin Hir, alias Marwan, one of Southeast Asia’s notorious militants, was killed by Philippines troops in Mamasapano, Maguindanao, the US Federal Bureau of Investigation (FBI) has confirmed.

The confirmation of Marwan’s death was hailed by the Philippine National Police (PNP) and Armed Forces of the Philippines (AFP), which have been under fire for the botched raid that killed 44 elite policemen.

Officials said Marwan was responsible for dozens of bombings over the past decade that killed hundreds of people on the restive southern island of Mindanao.

PNP Spokesman Chief Supt. Generoso Cerbo considered the FBI confirmation as a victory on the part of the PNP while AFP spokesman Brig. Gen. Joselito Kakilala said the confirmation will hopefully erase doubts on Marwan’s death.

David Bowdich, assistant director in charge of the FBI’s Los Angeles field office, said in a statement on Wednesday that a “thorough review of forensic data” and information from Philippine law enforcement officials had confirmed the death of Marwan, in which 44 elite personnel of the PNP Special Action Force (SAF) were also killed.

Marwan was a Malaysian who was one of the FBI Most Wanted Terrorists. The FBI offered a US$5 million reward for information leading to his capture.

He was the maker of bombs delivered for usage to several terrorist groups and was often referred to by the nom de guerre Marwan.

On 25 January, SAF men killed Marwan during the raid in Mamasapano, which also resulted to the death of 44 SAF troopers. – BusinessNewsAsia.com

Lotto Results Michael Chen - January 23, 2021
MANILA, Philippines - The Philippine Charity Sweepstakes Office (PCSO) announced that an estimated jackpot prize of P13.9 million will be given to the winner...