MANILA, PHILIPPINES – The Bangko Sentral ng Pilipinas (BSP), the central bank of the Philippines, announced that the country’s inflation eased further in the first quarter of the year.

In its BSP Inflation Report, the central bank said year-on-year headline inflation in Q1 2015 remained within the government’s target range of 3.0 percent at 2.4 percent, lower than the quarter- and year-ago rates of 3.6 percent and 4.1 percent, respectively.

“The continued deceleration in headline inflation was driven mainly by the slower increases in food prices resulting from adequate domestic supply,” the BSP report said.

Non-food inflation likewise slowed down due to the decline in power rates and the price of domestic petroleum products.

Two out of three alternative measures of core inflation estimated by the BSP were also lower during the review period relative to the rates registered in the previous quarter.

In particular, the trimmed mean and net of volatile items measures edged lower to 3.0 percent and 2.3 percent, respectively, from the quarter-ago rates of 3.3 percent and 2.4 percent.

By contrast, the weighted median measure increased to 3.0 percent in Q1 2015 from 2.7 percent a quarter ago.

The central bank, however, said the outlook for global economic growth as well as the shifts in foreign monetary policy, especially in major advanced economies, could be an important consideration in the coming months to the extent that they influence domestic inflation expectations and market sentiment. 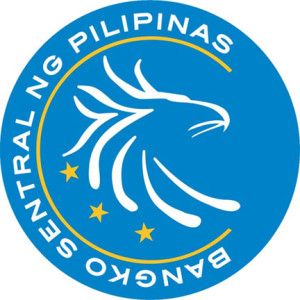 The BSP, likewise, said in its report that domestic demand remains solid as real gross domestic product (GDP) expanded by 6.9 percent in Q4 2014, bringing full-year 2014 GDP growth to 6.1 percent, within the National Government’s (NG) growth target of 6.0-7.0 percent for the year.

Output growth was driven by strong household spending, robust exports growth, and accelerated government spending on the expenditure side, and by solid gains in the services and industry sectors on the production side.